Tuberculosis (TB) is quite a well-known disease, which most of us associate with either animals, or deprived and developing areas, but did you know it’s here in the UK too? As a vet student, I have heard of TB in the context of testing cows on farms, but was shocked to discover that there are around 5,000 cases of human TB in the UK every year. My surprise continued to grow as it was found that 1 in 4 students are carrying a form of latent TB, which can become active and cause disease. The 24th March this year marked World TB Day; a day designed to raise the profile of this largely forgotten disease and raise awareness of the efforts being put in place to eliminate it.

TB is a life-threatening bacterial infection, notably suffered by Satine, the lead female character in ‘Moulin Rouge’, who dies of the condition at the end of the film. The makers of Moulin Rouge make it obvious to the audience that she is suffering with TB through her symptoms, notably coughing up blood, but unfortunately, Tuberculosis is capable of being a bit more subtle! The symptoms a person may develop can range from a cough, fever, and weight loss, through to night sweats and tiredness; there has even been a case of TB discovered after a person visited a GP complaining of back pain through the night, which they had assumed was simply the effect of hitting the gym! All of these symptoms may be something that we, as students, ignore, instead choosing to head to library and putting it all down to the common cold. It is this that makes the disease so dangerous among our younger population, who avoid going to see a doctor without someone there to hold our hands (literally, or metaphorically, we don’t judge).

An NHS poster showing the symptoms of Tuberculosis

As mentioned, TB is often associated with areas of deprivation, because of its tendency to thrive in crowded and poorly ventilated environments, but in the UK, it can be easily transmitted by coughing, sneezing, or any physical contact with a carrier! The more deprived areas of major cities, such as Manchester and London, are at a higher risk, but anybody can contract TB! As students, we are at a particular risk due to our lifestyle; the continual stress, living close together, and alcohol consumption all tire out our immune system and make us more vulnerable to infections, including TB.

Our healthcare professionals can treat, and go on to cure TB with a course of antibiotics and if it is diagnosed early, people can make a good recovery and continue with their normal life. However, some people are still not being treated because the quality of healthcare available to them does not provide them access to services which could give them the correct diagnosis and treatment options. But in the UK, it is because of the stigma surrounding the disease that the number of people seeking treatment is quite low, particularly if they only have subtle symptoms, or simply not aware of the signs and severity of Tuberculosis. Lack of awareness in this case is incredibly dangerous, hence Health Associations, along with other organisations, such as ‘The Truth About TB’, are working hard to make TB something we all know about.

With the number of TB cases in the UK still hovering around 5,000 annually, and even more cases occurring in other countries, authorities across the globe are starting to get involved in raising the awareness of this silent disease. In 2018, the UN held the first High Level Meeting on TB, aiming to put TB on the political agenda, and release funding for raising awareness as well as development of treatment. Meanwhile, the World Health Organisation have launched their ‘Engage TB Approach’, which concentrates on addressing the social determinants of TB contraction, as well as reaching out with information and support to those suffering and those at risk; this is a major step in breaking down the stigma associated with the disease.

World TB Day was an excellent opportunity to make a special effort to raise the profile of Tuberculosis as a disease and make sure its severity is not underestimated. It is important for us all to remember when life gets busy that our health is still the most important thing and we shouldn’t be afraid to seek treatment or advice if we need it.

If you are worried about symptoms of TB, don’t hesitate to contact your GP. More information on signs and symptoms of TB as well as more statistics and facts about the disease can be found at www.thetruthabouttb.org . Thank you the ‘The Truth About TB’ for the information included in this article. 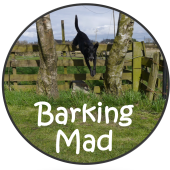 A third year vet student at the University of Liverpool with side interests in music, crafts and farming.

The Baltic Triangle to be Home to a New Student Accommodation