Why two-year university courses should become the norm

From September 2019, two-year degree courses will offered in England, which will allow students to graduate one year earlier than with a three-year course. Former Universities Minister, Sam Gyimah, claimed that ‘accelerated‘ courses would be beneficial to mature students and commuters. Currently, three-year courses will remain on offer alongside the fast-track programme, but the Government should seriously consider two-year degrees as a long-term replacement for the traditional three-year university degree.

The fees for two-year courses would result in a 20% saving compared to the cost of three-year courses. Although course length will be 33 per cent shorter, universities will not be able to charge any more than 20% over standard annual fees – which would mean a maximum fee of £11,100. Both types, of course, will deliver the same qualifications, so a potential saving of £5,500 would be a welcome relief to students worrying about post-graduation debt.

In the UK, a nine-to-five, Monday-to-Friday job could earn an 18-year-old around £11,000 per year. This figure, derived from official data on weekly hours worked, which eclipses the £9,250 price tag on annual tuition fees. Essentially, time spent in education directly correlates with the opportunity cost of university. Two-year courses, then, should save students a lot of money — even if you assume graduates only earn minimum wage.

It can be argued that students in three-year courses can already work to account for this, though. In fact, a 2015 Endsleigh survey found that 77% of students were in a job at some point during their studies. As a consequence of undertaking part-time employment, most earned under half of what they could in a full-time job. Their wages were also more likely to remain stagnant, as part-time jobs have less potential for growth. Of course, any degree course will be financially beneficial for most students in the long-term. The average graduate wage, after all, far exceeds the wage of non-graduates. However, in the short-term, students can save a lot more money with a two-year course — and they might get a little more than that, too.

In 2018, only 27.9% of 18-year-olds entered university, according to UCAS. This is fine, as not everybody wants to go to university. However, due to the current cost of a degree, some people who want to go may be missing out because of their financial situation. Two-year courses could be life-changing for them, as access to university will open up opportunities that weren’t available before. Not only could a university degree could open new employment opportunities, but a two-year degree could provide the opportunity for valuable work experience.

Work experience is an important part of building “human capital” — a measure of one’s worth in the jobs market. Graduates look to seek employment as soon as they finish university and employers can rank applications based on the amount of experience undertaken. In fields such as journalism, for example, the amount and quality of experience could be the difference between being offered an interview or a placement, or narrowly failing to make the grade. Graduates of two-year courses will have an advantage here as they have the opportunity to maximise a year, whilst students of three-year degrees will be working towards their dissertation under pressure to achieve a first class or upper second classification.

Two-year courses will help make university cheaper and more accessible. More students will have the opportunity of attendance, and a whole new market of prospective students will appear. We already know a majority of 18-year-olds avoid university, so this market has a huge population to tap into. Initially, because social life is an important part of university, certain people may be turned away by the questionable social nature of shorter courses. However, normalising two-year courses will increase their social acceptability, exponentially increasing their popularity.

For anybody desiring a comprehensive change to the university system, then, two-year courses are an excellent compromise. Even if you support politically divisive reform instead, they’re still a welcome change — and one worth rallying behind. 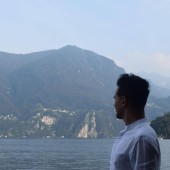 Studying at the University of Liverpool.