On Wednesday 20th February 2019 the Women Breaking Barriers Network launched at Liverpool campus. There were three female speakers all in different professions talking about what they experienced during their careers. The network was only established last year at the University of Leeds, however, they have now expanded this year to include Liverpool and other universities. The network is a panel style event that aims to help women identify barriers they may face and how to overcome them. It aims to connect future women leaders and provide role models of inspirational women.

During the event I heard from inspiring women who have achieved much success in their careers. They began discussing how they have achieved their success, before moving on to discuss the barriers that they did and did not face. They stated that on average there were the same amount of men and women on their degree courses and the same amount when they started training for their profession. Yet one of the speakers, a solicitor, noted that there tends to be more male partners than female partners at law firms. This is despite the fact that recently there have been more female trainees than male trainees. She then went on to explain that women tend to not put themselves forward for promotions whereas men tend to do so even when they do not meet all of the criteria. They discussed how women will wait until they fulfill the whole criteria before applying for a job or asking for a promotion. It seems women lack confidence and do not believe they can do a certain job. After this they briefly discussed imposter syndrome, noting that men also suffer from this, but it tends to affect women more. This is when an individual doubts their accomplishments and believes they will be exposed as a fraud. They even noted that Michelle Obama, one of the most confident and successful women in the world, has suffered from this.

They offered solutions for women, such as building a strong network of friends. This could either be male or female friends that are supportive. This is to ensure that when you want to apply for a job or put yourself forward for a promotion but lack confidence in your ability, this network of friends will support you and reassure you in your strengths so you will have the confidence to apply or put yourself out there.

All of the women on the panel were mothers and they discussed how their employers treated them before and after maternity leave. One of the speakers was older and during her maternity leave, she was only entitled to three months whereas the two younger women were entitled to twelve months. It was interesting to note the progress that has been made for women over the years. They all explained that their employers are accepting when they cannot attend certain meetings if they have a responsibility for their children. The employers just want to ensure that the work is completed and there is no judgement for leaving work early to pick up their children. One of the women discussed how her employers have allowed her flexible working hours so she can work and spend adequate time with her children. They noted that the transition back to work after maternity leave was difficult, as they often felt guilty for either working and not being with their children or being with their children and not working. They explained this is natural but there has been no pressure from their employers to work late hours when they cannot.

All of the speakers were inspiring, open and honest about the experiences they have had in their industry. I gained insight into the different barriers women face in different professions as well as the changes that have occurred over time that have reduced the challenges that women encounter. They intend to continue the event at different universities so look out! 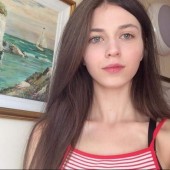 ‘Out of the Blue’ Exhibition at The Bluecoat – Review