Caution! The night is dark and full of spoilers…

Last Sunday, over 17.8 million viewers around the globe sat down to watch the highly anticipated third episode of the eighth and final series of Game of Thrones. After being promised the “long night” for nine years now (or over two decades if you’re a book fan) it’s safe to say that viewer expectations were high but did the episode live up to the hype?

What the episode did right:

Cinematography: First of all, no matter how much fans may moan about this episode, it is undeniable in my mind that this episode was visually and cinematographically stunning. The director of “The Long Night”, Miguel Sapochnik, who directed both “Hardhome” and the “Battle of the Bastards” which remain some of the most well-shot battle sequences of all time, has outdone himself in presenting one of the most tense, atmospheric and traumatising battles put to film. For any other show, a 90-minute long episode would likely result in heavy padding of scenes and the viewer losing focus or interest. Yet this hour and a half long episode keeps you on the edge of your seat from start to finish, first out of tension for the coming battle, then out of hope the characters will succeed, then out of pure desperation in scenes ripped straight out of a horror film in the episode’s second act. Sapochnik’s masterful use of gritty long shots and camerawork conveying both agoraphobia in the fields outside of Winterfell and claustrophobia during the scenes within the keep, ensure that the viewer is invested in the stakes of the battle throughout.

Atmosphere: Sapochnik’s masterful camerawork coupled with Ramin Djawadi’s breathtaking score create an atmosphere hitherto unseen in cinema. From the Dothraki charging and the lights in the distance slowly fading out one by one, to the screams and death rattles of women and children in the crypts, the episode reminds us, scene after scene, of the trauma and hellishness of war. Once the wights make it past the battlements, the atmosphere Sapochnik paints is one of the bleakest and most nightmare-inducing I’ve ever experienced. The stakes could not be higher. The episode serves as the culmination of nine years of tension and suspense from the lurking threat of the army of the dead. With any other TV show this tension would be lost, we would be aware of the villain from the start and could probably predict that he would be defeated by the end. Yet in Game of Thrones, this tension pays off, as the chance that the living come out on top seems slimmer and slimmer as the episode goes on. When contrasted to the special effects-laden battle extravaganzas we are accustomed to in the Marvel Cinematic Universe for instance, this battle seems grounded, gritty and real.

Jorah and Theon: Another stand out feature of this episode were the two gut-wrenching deaths of Jorah Mormont and Theon Greyjoy. It is a testament to the power of the show that two characters who once committed some of the most abhorrent acts humanly possible (slavery in the case of Jorah and infanticide in the case of Theon) could redeem themselves and have us in tears at their deaths. It is also a testament to the amazing acting of Iain Glen and Alfie Allen who portrayed them. Theon’s arc has been one of the most interesting in the show, constantly grappling with his identity as either Stark or Greyjoy and desperately trying to redeem himself for his actions in season 2. Theon has come along way since he became Reek. When it comes to Jorah “lord of the friend zone” I could not think of a more glorious way for him to go out. Jorah’s defining traits have been loyalty and perseverance. So for him to go out defending his queen, never yielding until the battle was done, is a testament to the words of his house: “Here we stand”. As perhaps one of the only people in the world whose favourite character is Jorah, I couldn’t ask for a better send off.

What the episode didn’t do right:

Plot Armour: Despite Sapochnik’s utterly beautiful cinematography, the main things that let this episode down are its narrative beats. Since Game of Thrones first aired it has followed the rule of cause and effect. Unlike most other TV shows and films where we are presented with expectation and pay-off, Game of Thrones has presented real-life consequences for the actions our characters take, regardless of the pay-off or the sense of satisfaction the viewer might feel. The consequence of Ned’s honour was his beheading at the end of series 1, the consequence of Robb’s battle tactics was the Red Wedding at the end of series 3, the consequence of Jon’s progressive stance regarding the wildlings was his assassination at the end of series 5. The show has consistently shown that actions have consequences and that nobody is safe from this. This is why so many viewers were disappointed by the lack of death in this latest episode. There were multiple instances were characters got swarmed by literally hundreds of wights and somehow managed to escape unharmed. I may sound like a masochist in my demand that the showrunners kill off my favourite characters but to keep them alive after being overwhelmed by so many wights denies the commitment of the show to realism and consequence and screams of nothing but fan-service and tropism.

That was one DARK episode: This is perhaps a minor complaint and would not usually be worth comment but in an episode where so much is going on, it would help if I could actually see any of it. The show has something of a commitment to dark atmospheric lighting and it definitely works in a lot of scenes but in a battle which requires constant attention, it distracts somewhat from the stakes. On an unrelated note, here is my favourite scene from the episode:

Deus Ex Arya: The most severe problem with this episode however in my mind and the mind of a lot of other fans is the episode’s resolution which seems to materialise out of thin air. Now first of all, I absolutely disagree with the people who are already labelling Arya a “Mary Sue”. Arya is a character whose abilities are earned and legitimate. The problem is not Arya, I would be equally annoyed if it were Jon or Theon who managed to kill the Night King. The problem in my mind is that the Night King was killed at all. To kill the Night King half way through the final series completely misunderstands the nature of what the Night King and the army of the dead is. The Night King is not a conventional villain who is to be defeated so that everything returns to normal. George RR Martin has continually remarked that the army of the dead is an allegory to climate change, to God’s reckoning on the sins of man, to the “great filter”, to the lurking doom that comes for us all. Whatever metaphor you take the army of the dead to be, to treat them as a conventional villain that can be defeated with a single stab to the gut is to misunderstand their nature. To leave Cersei Lannister as the final villain of Game of Thrones is to make the petty politics, the feuding houses and the plots and assassinations as the defining message of A Song of Ice and Fire. And yet George RR Martin’s message from when he first started writing these books in 1996 was that the warring of houses and the squabbles of noblemen were futile in the face of the real threat to humanity. To have Arya defeat the Night King needlessly subverts several narrative threads which have gone on for over 2 decades. It subverts Arya’s character arc as bent on revenge and political justice, it subverts Jons arc as Azor Ahai or the “prince who was promised”, it subverts Bran’s arc as the “three-eyed raven”, most importantly, it subverts the arc of the entire show by making the political threat more important than the existential.

Subversion for the sake of subversion: This needless subversion seems to be somewhat of a trend in cinema at the moment and deserves comment. Subversion in the media can be done incredibly well, Game of Thrones for instance is incredibly subversive, our expectations as a viewer or reader, that the evil shall be defeated and the good shall triumph, are continually subverted. This is subversion done right, subversion based on our expectations of the tropes of cinema and TV. But when writers subvert narrative threads that have been established within the show already, this doesn’t keep viewers hooked, it just makes them wonder if the show has anything of worth to tell at all. The power of media is to convey important messages through metaphor and symbolism, it is not to create compelling narratives and then draw resolutions to these narratives seemingly out of a hat. The resolutions should feel earned within the rules of the show. By having the Night King defeated in this conventional way, by a character who wasn’t even aware of his existence until a few episodes prior, the show is not subverting our expectations of the nature of cinema, it is simply flying in the face of the arcs and narrative threads that the show has set up since the pilot. 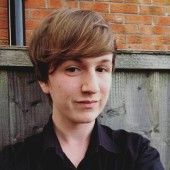 Let It Be Musical – A Review