“The socialism I believe in isn’t really politics. It is a way of living. It is humanity. I believe the only way to live and to be truly successful is by collective effort, with everyone working for each other, everyone helping each other, and everyone having a share of the rewards at the end of the day. That might be asking a lot, but it’s the way I see football and the way I see life.” – Bill Shankly.

Nothing about the events of Tuesday night make sense. From the very nature of 22 men kicking and chasing a bag of air around a pitch for our entertainment, to the attachment people feel towards entities which despite their lack of actual ownership; feel are theirs, to the improbable result. And yet somehow it all seemed inherently obvious.

When discussing Liverpool Football Club, it is simultaneously very annoying, and very apt to discuss in special nature of this special club. However, the very fact it is discussed and can be used as an explanation means that is real. It is an institution which has been built upon success from adversity. The examples are so famous they don’t require explanations, merely the opposition and date: Saint-Étienne ’77, Rome ’84, Olympiakos ’04, Istanbul ’05, Borussia Dortmund ’16 and now we add Barcelona ’19.

Momentum is such a key ingredient in footballing success, especially in comebacks; and it is not something that can be turned on and off when necessary. Liverpool’s 2nd and 3rd goals were separated by only 51 seconds between Kick-Off and the ball hitting the back of the net again. The Reds controlled the next 20 minutes, like a lion stalking their wounded prey before pouncing while the guard of the Catalan’s was down. Barcelona found themselves desperately needing a goal in a game they’d effectively strolled through and only 12 minutes remaining to get it. Momentum is not an infinite resource, it is finite and has to be built up over time and through contributing events. Unlike the first game Liverpool took their chances while Barcelona managed to squander every single one of their own.

A team lacking players of the quality and importance of Mohammed Salah and Roberto Firmino facing a Barcelona team containing Lionel Messi, Luis Suárez, Gerard Pique and Philippe Coutinho should not be able to overturn a 3 goal deficit without conceding unless they are in the words of their Manager Jürgen Klopp, “Fucking mentality giants.” His players were the mirror image of the caricature of himself, a whirlwind of energy and effort covering a collective 112.1km, in contrast to their opponents 105.4km. It may seem a tad simplistic, a bit yer da but it turns out just running around a lot makes a huge difference.

“When you play a match, it is statistically proven that players actually have the ball 3 minutes on average … So, the most important thing is: what do you do during those 87 minutes when you do not have the ball. That is what determines whether you’re a good player or not.” – Johan Cruyff.

It is clear that this current incarnation of Barcelona have strayed very, very far from the light of their God, Cruyff. For Liverpool’s first goal, neither Arturo Vidal or Ivan Rakitic bother to track the run of Liverpool’s captain Jordan Henderson, his scuffed shot is parried by the goalkeeper Marc-André ter Stegen allowing Divock Origi to finish into an empty net. Gini Wijaldum’s second goal is helped by the lack of Barcelona’s pressure on the cross into the box, for his 2nd and Liverpool’s 3rd goal Sergi Roberto would’ve been as well doing nothing and standing still, than lifting the lazy leg towards the cross that he did. While the crucial 4th goal is a complete encapsulation of Barcelona’s failure, a lack of personal and collective responsibility contributes to a slow walk back into position.

Again, while this all seems unexplainable it is perfectly understandable. Mike Tyson famously remarked, “Everyone has a plan until they’re punched in the mouth.” Barcelona came to Anfield knowing they needed only to avoid conceding 4 goals, or score a goal of their own to qualify and yet they failed on both parts. The punch in the mouth of the first Liverpool goal threw their plan into ruins. Suddenly, their 4-4-2 shape, which is predicated on the fact neither their key-men Suárez & Messi possessed the will or physical ability to join their teammates in defending, is incapable of stopping the lunatics in Red running around the place.

“Society does not consist of individuals but expresses the sum of interrelations, the relations within which these individuals stand.” – Karl Marx.

This is exactly the same for this Barcelona side, their repeated failures come from the fact they rely upon a team within a team to win games rather than the collective. When Barcelona fans salute every single Messi goal by bowing in a, “We are not worthy” manner and repeatedly chanting his name, is it any surprise that someone indulged to this extent becomes a drain on the team?  Liverpool’s attacking system starts from their goalkeeper and incorporates all the rest of their players. Simple mathematics show that a team attacking with 11 against a defence which is 2 men short, is likely to garner a positive result for the attackers. Fortune favours the brave famously, and Liverpool got exactly what they deserved for their moral courage throughout both legs.

Will Durant famously opined, “We are what we repeatedly do. Excellence, therefore, is not an act, but a habit.” Liverpool Football Club are what they repeatedly do, completely ignorant to when they are beaten. It makes no sense, and yet it is inherently obvious. 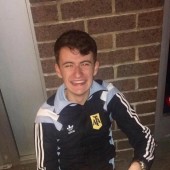