It’s quite a surreal sight to see Charlie Sloth in a small room in the Guild. With a career that involves being a former Radio 1 DJ, the creator of the iconic ‘Fire in the Booth’ series, and most recently a host on Apple Music’s Beats 1, Sloth has transformed himself from an underground DJ in Camden, to a well-respected radio star. Despite his remarkable achievements, it is clear as we sit down to discuss his career and upcoming projects, Sloth is as hardworking and passionate about the industry as ever:

How are you finding Liverpool? I heard you’re a big LFC fan!

When I’m in Liverpool, it feels like I’m coming home. All my family are Scouser’s, and I’m always up here for the football. So, I know Liverpool very well, and it’s one of my favourite cities in the world.

What do you think about the Liverpool music scene?

There’s so much talent up here, especially in my world. There’s so many rappers who are very on point, very now, it just adds to why I love Liverpool so much. The thing that I love about Liverpool rappers is that they use their accent, and the local dialect in their music. It makes it so distinct, and really brings their music to life.

You’ve been praised for allowing upcoming artists to showcase themselves on your shows; how do you discover new music?

Who are some of the artists you’re loving right now?

There’s loads! Stardom, from Birmingham, is one of my favourite artists at the moment, he’s a very classy act. In terms of Liverpool, I love Aystar. And then there are the obvious ones like Giggs, he’s my favourite rappers of all time. OFB from North London are great too, they’re two young kids who are ferocious with it. My life is music, it’s pretty much all I do, so when I’m not playing it, I’m listening to it too.

Do you think it’s gotten easier or harder for new acts to make a name for themselves?

It’s a lot easier! Social media has really allowed artists to connect with their audience, and completely removed the middle man. Before, you had to find a someone to give you that seal of approval, or to co-sign, like a manager. But now all of that’s removed, you have a direct relationship with the audience, and it’s the audience who decide if your good enough or not. If you’re good with social media, you can find an audience.

What do you think is the biggest difference between the UK and the US music scene?

I think they’re very different now. Once upon a time, we were trying to emulate everything the Americans were doing. I think what makes the British music scene so healthy and vibrant now, is that we’ve established our own identity. We’re not scared to be ourselves in the way we dress, the way we talk and the way we socialise, to the point where people are now copying us. Americans will come here, look at how we dress and the language that we use and adapt that, rather than the other way round. The fact that we’ve established ourselves, and are proud to be British, is what’s making our scene so great.

You invite the freshest names in the game to deliver ‘Fire in the Booth’ freestyles, but who has been the best artist in the industry that you’ve worked with?

That’s the question I get asked most, but I love different ‘Fire in the Booth’s’ for different reasons. They might bring up certain emotion or remind me of a particular time in my life, so I could never choose a favourite. We’ve recorded over 500 of them now, so to pick one would be unfair, I love so many for so many different reasons.

How did you get your first gig at Raw FM? What made you want to go into radio broadcasting?

When I first started doing Raw FM, I was a kid. One of the guys that started the radio station, came to the youth centre where I was DJ-ing at when I was 13, told me I was a sick DJ, and asked if I wanted to do a set. You had to pay £5 at the time to do a set on air, so I did that on a Sunday night, and they offered me a residency which I did for about 6 months. Then I got picked up by other radio stations, and it all progressed from there.

We have a lot of students at the university involved in our own radio station, what advice would you give to a upcoming radio presenter?

The best advice I would give anyone is to be comfortable being yourself. The moment you try to be like Charlie Sloth or Zane Lowe, you’ve lost, because you’re not showing who you are or what you bring to the table. I always knew I was passionate about hip-hop and rap music, so straight away I knew what my USP was when it came to being a DJ. I knew I could specialise in one particular area of music, and because I was a fan, I became a master of it. It wasn’t like I was studying, I wanted to know the artists, the cultures and the subcultures because I was a genuine fan of the genre.

How has becoming an artist yourself impacted your professional life?

It’s made me take it less seriously. I try not to think about presenting too much, because for me, it’s more of a conversation. You’ve got to understand that you’re talking to millions, but still make it feel intimate. When you engage with people, it helps the audience engage with what you’re saying. You have to have fun with it, the music that I make helps me become confident and comfortable with what I say, which makes it so much easier to treat it like a conversation.

You’re about to host ‘Fire in the Park’ in Sheffield, inspired by your well-known Fire in the Booth series. What excites you the most about hosting?

I think what excites me most is that this is the only UK festival to have exclusively British talent. We’re not putting Americans as headliners, at a UK event you’re seeing UK artists. So I think it’ll be an amazing place to celebrate urban culture, which is great because it’s thriving right now. It’s the biggest it’s ever been. It’s just starting, but it’ll be every year now!

What is your biggest career highlight?

It’s tough because there’s been so many. There are moments I look back on and cherish, so every time something big happens in my career I buy a watch, which I can relate to that memory. The watch I’m wearing right now, I bought after the Drake ‘Fire in the Booth’, because I chased it for years, and so I really wanted something to remember it. But in terms of ‘biggest moments’, I don’t really have a specific highlight, because I feel like I’ve only just started. I have so many plans and so many things I still want to achieve, that if I start picking out ‘best moments’ , I’ll just get lost in it. I’m still on my journey, and I don’t just want to be the best in the UK, I want to be the best in the world. So, I don’t really have moments, but maybe I will when I’m 60!

Students can currently sign up for a 6 month free trial on Apple Music (T&Cs apply). Listen to the Charlie Sloth Rap Show on Apple Music’s Beats 1 every Saturday at 8pm and on-demand via apple.co/Charlie. 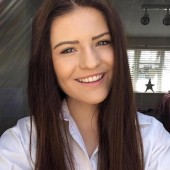 A third Subway is opening on campus